Snippet to be placed between head tags Skip to the content

Flowers in the bedroom

In my opinion, it is best not to leave flowers, whether the beautiful garden lilies, roses or whatever, in the bedroom overnight.

Living plants normally use carbon dioxide and release oxygen, but flowers, once cut off, start decomposing and producing increasing amounts of carbon dioxide and for those parts under the waterline also methane gas. Every day, the process of decay switches increasingly in higher gear. This means still more carbon dioxide and methane are produced. Methane is, on top of everything, 23 times more aggressive than carbon dioxide, depriving the person sleeping of oxygen which he or she so desperately needs for a good sleep.

There seems to be a medical study published in the Telegraph in 2008 using various scents for a couple of seconds, claiming that scents have an effect on people sleeping. That may well be true, but mind you, that this is not the same as having a bouquet of flowers all night in the bedroom.

A small bud vase could be ok if the ventilation is optimal. My advice: do not use, even living plants in the bedroom and most certainly not cut flowers. 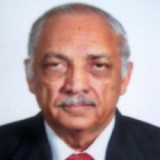 This site uses Akismet to reduce spam. Learn how your comment data is processed.

Coffee – From Roast to the Ideal Cup

Eat Less Meat, It Is Good For You and Good For The Environment